Login/Sign Up, or Request Wholesale Account |
Daylily of the Week: Save 30% Now

How to Grow & Care for Iris

Check the map for the last day to order Iris for delivery to your shipping address.

This page of tips on growing and caring for your Bearded Iris shows you the proper techniques to ensure prime growth and how to give your Iris all the attention they need and deserve.

Refer to this line drawing of a Bearded Iris for the names of the plant's parts, to which we often refer in our descriptions and definitions. 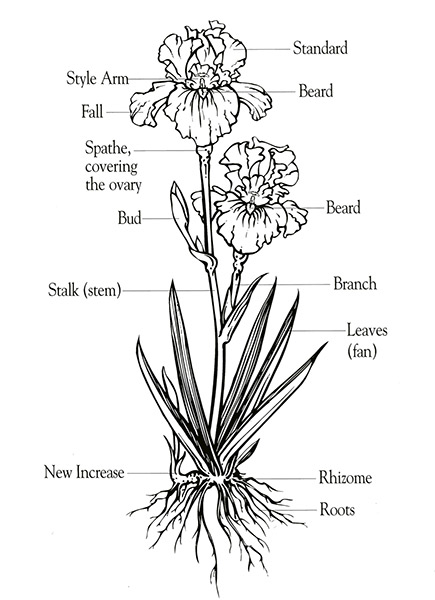