How to Grow & Care for Iris

When do Bearded Iris bloom?

Bearded Iris range from the small to the tall, with the shortest of them beginning to bloom as early as late March here in Oregon. The color spectacle continues into April with the emergence of the Median Bearded Iris, followed by the Tall Bearded Iris which begin to fade in early to mid-June. Bloom time for each variety lasts approximately two weeks, depending on the weather.

There are some Tall Bearded Iris that bloom early and some that bloom late, so try some of each to lengthen your season by a week or two. Consider some of the smaller bearded Iris, such as the Intermediate and Standard Dwarf Bearded Iris, as you can add a month to the beginning of your bloom season using these. And finally, consider the reblooming Iris, which can give bloom in the summer and fall.

For Iris to bloom consistently, they need full sun, good drainage, lots of space, and quality soil. To improve your chances of bloom, add fertilizer and divide large clumps. Only 60-75% of Iris bloom the first year after planting. Sometimes they need an extra year to become established. Unusual weather conditions or late spring frosts can also harm Iris blooms.

Reblooming Iris:
Several varieties of Bearded Iris have been known to rebloom after the initial spring bloom season. These are known as Rebloomers. All categories of Bearded Iris from the Miniature Dwarf Bearded to the Tall Bearded have varieties that rebloom, usually 4-8 weeks after initial bloom. Subsequent blooms are not as reliable as the initial bloom, and depend greatly upon the quality of the soil, climate, and geographic location. Remontancy is not guaranteed. Check our online catalog for several varieties of rebloomers. 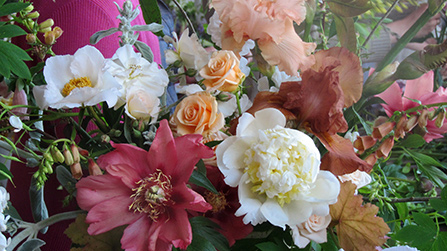 For longer lasting flowers cut your Iris early in the day with the buds just opening. Place them in a bucket of tepid water and re-cut the stem end underwater at an angle one inch up. Display your Iris in a cool niche away from direct sun and drafts. Pinch off and remo 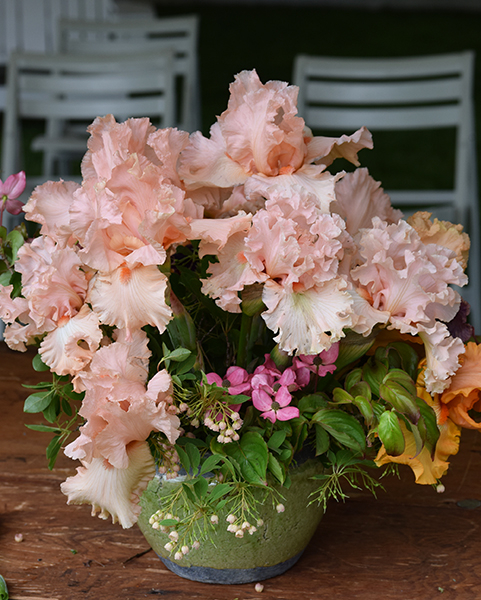 Tip: Cut Iris tend to drip a sap-like substance. The drips from dark Iris can stain fabric and other surfaces. We suggest placing an underlay beneath the vase of Iris, or placing the vase on a non-porous surface.